JC ‘Jake’ Moreland, 94, of Littlefield went to be with his Savior Friday, Nov. 13, 2020 in Littlefield. Family graveside services were held at 1 p.m., Thursday, Nov. 19, 2020 at Littlefield Memorial Park with Rev. Danny Sanders officiating. A memorial service will be held at a later date. Arrangements were under the personal care of Hillcrest Funeral Home in Littlefield.

He was born Aug. 27, 1926 in Paducah, TX to John and Clara Moreland. Jake attended Amherst Schools, and as a young boy he ran the projector at route. turned 18 he enlisted in the Army to serve his country during WWII. He was a member of the Army Infantry 2nd Division and was proud to be a Veteran. He married his love, Lucy Martin February 20, 1948 in Hart, TX at Lucy’s family home. After returning home from the service, he was awarded his High School Diploma. He worked and trained under funeral director, Lee Payne, at what is now known as Hammons Funeral Home in Amherst, owned a Floral and Gift Shop in Amherst for several years, and worked at the Amherst Post Office.

Jake was a fun-loving man who always had a joke to tell and was a wonderful storyteller. He shared many stories of his younger days playing baseball with all of his buddies, having the first rumble seat car in Amherst, and talking about all the nicknames everyone had. He had a few himself, like “Jake the snake” and “Joco Lane”. He coached many years of Little League Baseball in Littlefield, for his son Greg and many others. He loved all his kids he coached and they loved him. Jake worked for the ASCS office, which is now known as the FSA office, where he retired in 1986. He didn’t like retirement, so he went on to be appointed Municipal Judge for approximately 7 years. He was strong in his faith, and a member of the First United Methodist Church in Littlefield since 1959 where he served as superintendent for many years. Jake was also a member of the Lions Club in Amherst and Littlefield and a member of the Littlefield Masonic Lodge. Jake was a man of honor and integrity who had a devotion and faithfulness to his wife, family and friends that will never be forgotten. He never met a stranger and would help anyone in need.

He is survived by his wife of 72 years, Lucy Moreland of Littlefield; a son, Gregory Moreland of Lubbock; a daughter, Marsha Sue “Susie” Green and husband, Jeff of Lubbock; two grandchildren, Keith Allan Guffey of Sweetwater and Faith Elizabeth Perkins and fiancée, Aaron Williams of Lubbock; two great-grandchildren, Silas Whaley and Jada Williams; blended family in love, Allison Blanco and husband, Aaron and children Kooper and Abby and Ashley Thompson and husband, Jeremy and children Benjaman and Nathanael; other extended family members and numerous friends.

He was preceded in death by his parents; and a twin sister, Ora Jewell.

The family would like to say a special thank you to Legacy of Love Hospice and Direct Home Health Care for the kind and compassionate care they showed to them all during this time. 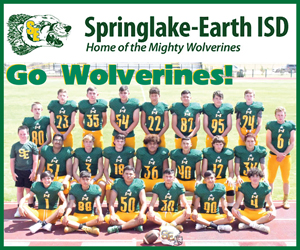 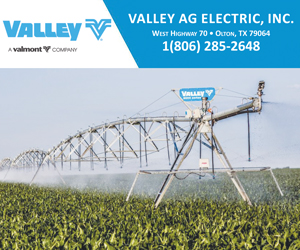